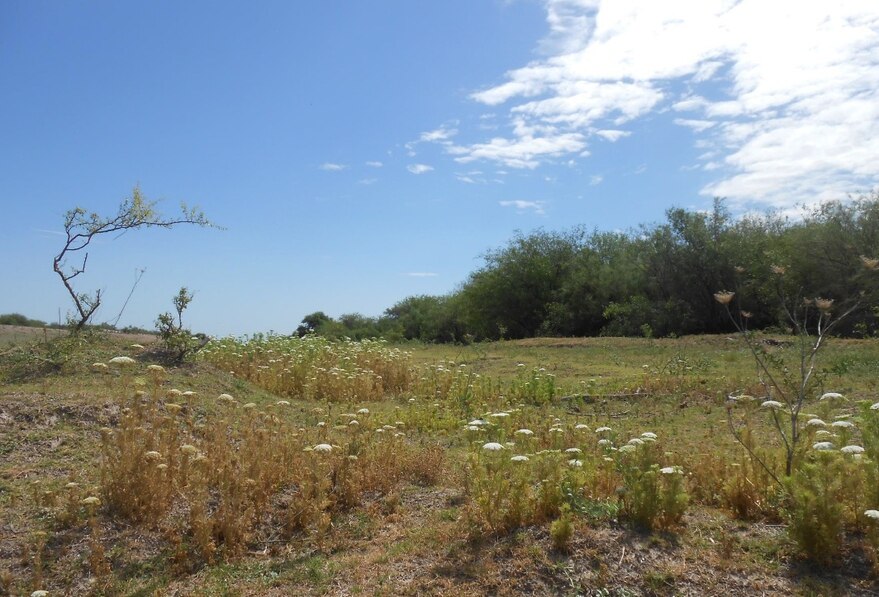 As a result of this screening process involving nearly 2400 plant extracts from different regions of Argentina, a dichloromethane extract of toothpick weed (Ammi visnaga (L.) Lam.) was selected because of its significant herbicidal activity. Phytotoxicity assay-guided fractionation yielded two furanochromones: khellin and visnagin. These compounds have been previously reported in toothpick weed, but their herbicidal activity has not been described before.

Visnagin showed the most promising activity. It had significant contact post-emergence herbicidal activity on velvetleaf (Abutilon theophrasti) and crabgrass (Digitaria sanguinalis) during greenhouse tests at 2 kg ai ha-1. Moreover, its effect at 4 kg ai ha-1 against velvetleaf, crabgrass and barnyardgrass (Echinochloa crus-galli) was comparable to the bioherbicide pelargonic acid at the same rate. These results support visnagin’s potential as bioherbicide or lead for the development of a new herbicide.

Additionally, our results suggest that the mode of action of these furanochromones is a process involving multiple targets: membranes destabilization, photosynthetic efficiency reduction, and cell division inhibition. The herbicidal activity could be related to the potential phototoxicity associated with this type of compound. However, although the membrane destabilization was intensified after an irradiation period, the phytotoxic activity of these natural compounds was not light-dependent.

In conclusion, the plant extract screening method developed in this work enabled the identification of two natural compounds whose herbicidal activity is hereby reported for the first time.